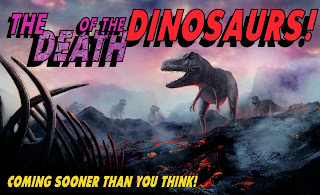 Not too long ago, I wrote The Evolution Solution, which explained the rise of Amazon and the Category Killers according to Darwin’s Theory of Survival of the Fittest.

The evolution of all events on Earth is part and parcel of natural history, therefore is subject to the same rules and principles. This includes the evolution of retail business in US and globally.

66 million years ago, a huge asteroid hit earth, forming the Chicxulub Crater in Mexico’s Yucatan Peninsula. The effects of this cataclysmic event resulted in the death of 75% of the plant and animal species on earth- including dinosaurs and creatures who had existed for something like 165 million years previous. The balance 25% were those who were able or enabled to survive and grow after the event.

Do you remember these stores? Maybe your mother or grandmother took you there as a child? Did you go there to see Santa? These stores were more than just memories; like Bailey Savings and Loan in It’s a Wonderful Life, they were neighborhood institutions with loyal followings.

I know. I worked as a buyer at Abraham & Straus before this merger. A&S, as it was known by its customers, was the leading unit of Federated, competing (favorably) with Macy’s for the attention of the New York City area shopper. A&S was moderate priced, though not immune to sales, which people took seriously because they WERE serious-not marketing BS.
There were many local units in the NYC area at the time- There were the “carriage trade” department stores- Saks, Lord& Taylor, Martin’s, Gertz(look at them now-two gone and two a shell of what they were), then the Moderate-Macy’s, A&S, Stern’s, Bamberger’s. Below them were the discounters-EJ Korvette, Mays.And the few who stood alone as the fashion arbiters-Bergdorf Goodman, Bloomingdale’s (which latter is the only Federated unit not renamed Macy’s- though you wouldn’t recognize it if you saw it then). Each had its disntinctive niche and its loyal following.

Now we have Macy’s- trying to be all things to all people. Which never works. So then we have the 25% survivors-those velociraptors who saw the opportunities to feast on the suddenly open environment. Is it any coincidence that Amazon also began in 1994?

And what about the loyal customers in EVERY major city and region in the US? What were they left with? Those stores which had been a part of their lives-gone. Replaced by-who? Macy’s. Famous for the Miracle on 34thStreet, but not about catering to customers in Chicago, Boston, Atlanta, Miami, San Francisco, Akron, etc. Did Macy’s distinguish itself with superior merchandise to what had been there before? Not in my opinion.

And when it came to the sales and promotions that brought people in passionate droves, did Macy’s do a better job than the dead souls that had been there before? Not in my opinion. Macy’s quickly trained the customers with predictable behavior what and when to buy.

What was gained and what was lost in this transition from distinguished regional and local department stores?

Lost-
For the Customers: A comfortable, trusted shopping place where their momma took them and where they take their kids;
For the Retail Business- Instead of a dynamic local or regional retail department store environment, the entire nation is sanitized to one store, one name. Maybe, in some regions, one that they don’t know or trust.

Imagine if Baskin-Robbins (and every ice cream shop nationwide), eliminated all flavors but one-vanilla. What would be the fate of their business? People would learn to eat somewhere else.

Somewhere else- Amazon, Zara, H&M, Uniqlo. The Category Killers are the velociraptors who were invitedby this arrogant marketing move to build a customer base. For parents, there was no comfortable destination; for their children, left as orphans of a bygone era, left to make their own friends.

The result is clear and obvious- the demise not only of the regional department store, but of the department store in general as a shopping destination. Don’t underestimate the role that this played in today’s retail “apocalypse.”

What could Macy’s have done differently? Leave it alone. Buy it, and see the wisdom to keep the regional and local customer base coming. Many areas-merchandising, sourcing, logistics, etc. and economies of scale could be applied in a group situation. Without burying the locals.

I believe now you can see how the Macy/Federated buyout was akin to the asteroid hitting earth 66 million years ago; its destructive force wiped out life as it was before, and impoverished a rich department store culture. 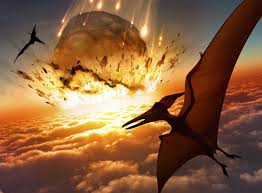 Also, I hope you can see, again, how retail business is governed by the same rules and principles as all other natural history. And that Darwin probably had no clue how far reaching his principles of natural selection were.

Final note: Break up Macy’s and give people back their local commerce? Would work, even in Amazon World. 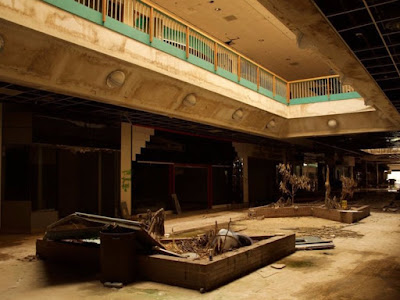