Chapter 11 Bankruptcy: Pardon or Stay of Execution? (THIS ARTICLE HAS BEEN EXPANDED- SEE BELOW FOR LINK) 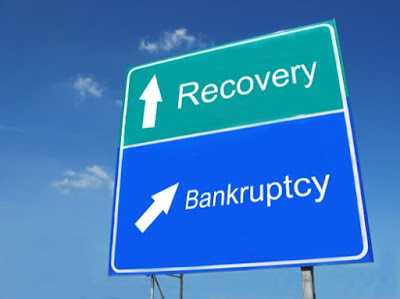 Bankruptcy is a legal proceeding involving a person or business that is unable to repay their outstanding debts. The bankruptcy process begins with a petition filed by the debtor, which is most common, or on behalf of creditors, which is less common. All of the debtor's assets are measured and evaluated, and the assets may be used to repay a portion of outstanding debt.

So, in my simple terms, a company that owes more to its suppliers, landlords, employees, etc. than its sales will repay can file Chapter 11 to protect it from these debts- temporarily. Temporarily should mean that the company can stay open and earn revenue while it figures out how to pay these debts.

IF you owe more than you take in, there are only two ways to change that situation: 1. Generate more sales; and 2. Borrow more to pay the debts.

Can you actually “emerge” from Bankruptcy and not go back?

IN case 1, you must find the missing pieces, the relevance and the customers to accomplish what you couldn’t before you filed; In case 2, if you don’t accomplish case 1, all you are doing is like the song, Sixteen Tons: “Another day older and deeper in debt.”

There is case after case of companies filing bankruptcy and being so overwhelmed with the debt service that they have to do the only thing possible: File Chapter 7 which may allow discharge of debt and liquidation of assets.

There are fewer cases of companies that have emerged from bankruptcy (and stayed viable, not returning to bankruptcy) to become profitable enterprises. Those that did have had to rejuvenate their offering, or venture into blue oceans. Examples of this are Apple (near bankruptcy in 1997 and saved by Microsoft, yes it’s true), Marvel Entertainment, bankrupt in 1996, now owned by Disney and wildly popular. (Investopedia)

In the apparel industry, fewer still have emerged and stayed out. One example was Wet Seal, which ventured into plus sizing to save itself. Many others, such as Toys R Us and Sears were too choked by debt and too lost as to what to do.

So again, as I have said in other articles, for companies like JCrew, JC Penney, Ascena and more, COVID-19 is not the cause of death. It is the executioner. Chapter 11 is merely a stay of execution. Why? Tell me, as in the case of Wet Seal, what plans for improving its relevance via product mix and customer base, have you heard from the latest list of casualties?

IF we view Bankruptcy as a disease, the main cause is the loss of relevance. Either someone took the company’s relevance while it was asleep, or it just forgot to evolve, or both. Great companies survive all manner of financial downturns, some may become even more relevant during it (there are many cases of this during the Pandemic, starting with Amazon, Walmart, Best Buy, etc.)

One retailer who, in my view, has a very good chance to emerge from bankruptcy is Neiman Marcus. Clearly they are making efforts to get closer to their customer and personalize their offering; IF they match these efforts with great and sustainable investment dressing, they will have completed their task and should be able to generate the income necessary to pay down and back the debt. I have said this a few times, most recently in my last article, “What is the Future of Retail?”

As a former department store retailer, I believe I am right. Let’s see.

The bottom line is that Chapter 11, for most, is just a stay of execution. Companies who found themselves in the position to have to resort to Chapter 11 Bankruptcy filing, were usually lost as to their relevance in the marketplace. What is the answer for those companies: Use the Brand Name or Store Name good will and retool, revitalize; strip anything that didn’t work and reinvent themselves. In most cases, as with Sears and JCrew, the Brand has value; it just needs to be applied to the current market. 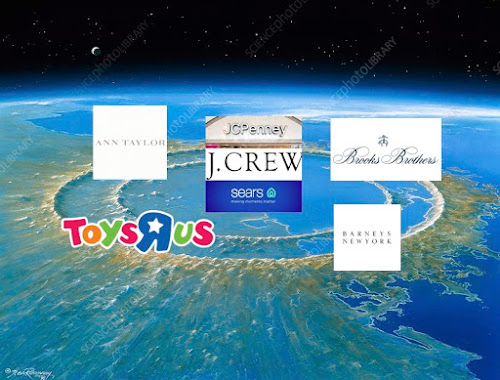 Chicxulub, Yucatan, Mexico- 66 million years ago- An Asteroid, known as the Chicxulub Impactor, of between 11-81 kilometers in size, hits this area at 20 miles/second. This Event caused ecological collapse, notably the acidification of the oceans, which resulted in the extinction of 75 per cent of all species on earth. The most famous effect of this cataclysmic event is the extinction of all non-avian dinosaurs.

Slowly, eventually, the earth regenerated new species which may have been related to the dinosaurs, but were more resilient and capable of evolution, many of whom survive today.

What does this have to do with retail? Let’s focus on COVID-19 as the Impactor. And the extinction of a long schedule of retailers, which is not over yet. Let’s call them 21st Century Dinosaurs.

Sears, Penneys, JCrew, Brooks Brothers, Neiman Marcus, now Ascena, parent company of Ann Taylor. With more to come (can Macy’s be far behind?). These are some of our dinosaurs.

What? How can I call them dinosaurs? Of all that went Chapter 11 or belly up, is there one you can point out that was in the prime of its existence? Or could we rather say that most had lost ground and their fastball anyway?

COVID-19 was the final impactor. But there were many more, persistent influences in the world of retail that had been growing, like a cancer on those who were sedentary:

So here’s my point about what happened: COVID-19 was just the final impactor; the above retailers and those like them, combined with the development of the Internet, evolved into relevance with the theme of life today. Those who we are saying goodbye to, didn’t.

One main reason for their death can be found in the word “sedentary.” In the heyday of the department store and shopping mall, customers were bound by geography. Now they are totally free to shop globally and geography is not an issue- except if somebody nearby (like TJX) gives you a great reason to go there in person.

Conclusion: They were bound for extinction sooner or later. COVID-19 was the euthanasia.

So back to Title: What is the Future?

Those who are “scared” by the events described above are either generally scared or not seeing the future clearly. Let me help.

First: People will never stop shopping; on the contrary, shopping is easier and more vibrant than ever before.

Second: the retail landscape, while it will still be dominated by the major players, has vast blue oceans for startup retailers who provide a relevant product and/or business model.

Third: Omnichannel, and the ability to keep in touch with your Customer Community 24/7, will enhance the shopping experience and promote impulse buying (Neiman Marcus has this concept clearly in their plans, which is why they may very well be the one dinosaur to survive). That being said, omnichannel won’t do you any good if people don’t want to buy what you are selling.

Fourth: Retailers like Amazon and Etsy will continue to provide a global platform, which will promote sales never possible before. This has the advantage of helping to build economies in developing countries like Ukraine and puts local retailers on notice that they better compete, because there’s a big world of good stuff out there, and it can be bought from your smartphone.

So, who will be the survivors?

1.     Those new and nascent companies that catch the attention of those with the pocketbooks, such as Millenials and Gen-Z; example is Lululemon;

2.     The Major Shopping Destinations- the Go-To Retailers: Amazon (in a world by itself), Walmart, Target, Alibaba, Tencent;

4.     The Mass Market Treasure Islands like TJX, Ross, Dollar General, Dollar Tree etc. who provide the price/value alternative for those who are inclined that way;

5.     All of those, including the above, who provide a great Customer Experience, BOTH virtually and personally;

6.     Those who don’t fail to customize and personalize such experience.

7.     Those brands who Represent the lifestyle of its customers, producing an empathetic reaction, such as Glossier;

8.     Brands and Retailers that actually practice sustainability, not just talk about it;

9.     Local shops that find a captive geographic customer base with the relevance of their product and service.

1.     Not that I want to wish them any bad business, but I believe that if the Fast Fashion Disposable Clothing purveyors like Zara and H&M don’t improve their quality and the life of their product, they will NOT be part of the future.

2.     Department stores like Macy’s who fail to provide great merchandise at moderate prices, who don’t cull their merchandise to represent their CHOICES of what the customer should want to buy, and don’t compete well or credibly on price with the Mass Market and Treasure Island retailers;

The fatality list is not over, by any means. At some point, COVID-19 will not be able to be blamed anymore. So let’s call the Cause of Death: Failure to Evolve.

On the other hand, I see a bright and RELEVANT future for Retail once the dinosaurs pass on and move out of the way. The above possibilities set the stage for Better Than It Ever Was. Technology provides the evolved with unprecedented opportunity.

As with the dinosaurs, the retail casualties will be remembered, but not missed.

So, for those who are panicking and scaring the snot out of the otherwise ignorant and skittish stock market, please read the above and present facts before you cry the sky is falling. OR tell me where I am wrong.

Exclusive: Not a Crystal Ball: A Look into the Fashion Industry’s Post-Pandemic Future

In my last article for Fashion Mannuscript, “E-commerce’s Great Leap Forward” I wondered about the Post-Pandemic future of the Fashion I... 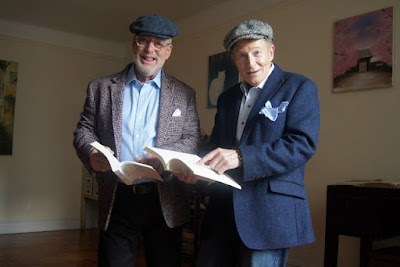