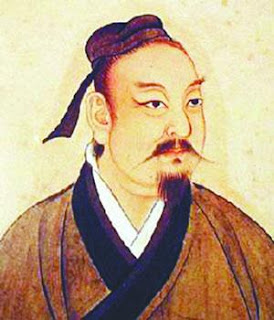 Timeless, spot on and still studied today, 2500 years later.  Sun Tzu wrote a lot about Strategy and Leadership, but these six principles are the cornerstone of his teachings, and continue to apply to business today.

First, here they are:

Now, let's look at their application in today's business world:

Principle 1- Win all without fighting

Sounds simple, right? How many of you business leaders can state with perfect honesty that the above is exactly your management philosophy, style and execution? (I can)

When we attend the funerals of those brands and institutions that have passed on, we can look at the above and always find the causes.

The Nouns and Adjectives of Our Times 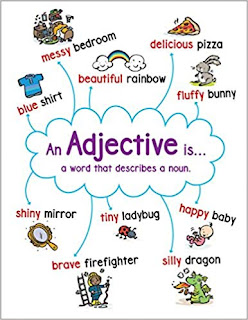 "Like Sands Through the Hourglass, So Are the Days of Our Lives" (opening line of NBC Soap opera series, now in its 54th season, since 1965)

That phrase would suggest that once time, or the past, has flowed through the hourglass, that it is gone baby gone.

Is that true for marketing today? The lessons and principles that got us to this point are totally changing, due to the unstoppable march of technology? So, for example, if we are teaching or learning Digital Marketing, let's focus on the SEOs and Analytics. Forget that Four P's stuff, right?

I believe the answer can be found in the grammatical structure of the names we have given to most of our university courses: Digital Marketing, Global Marketing, Competitive Strategy, International Finance, etc.

As a refresher, above graphic is what we learned in Grade School:

So that means, for example, Digital is the adjective that describes the noun Marketing. So Marketing is still the thing and Digital is a way of doing it, right?
That logic calls upon us to have a thorough understanding ofMarketing first.

And, in studying marketing, do we focus on the funnels and fishes of today and never mind the basics like the Four P's? No. Marketing has been going on since the Agora of Ancient Greece, and maybe before. Has it fundamentally changed? No. I want you to buy my stuff, so how do I convince you to do that? And at what price can I sell it to hopefully make a profit? Finally, who wields the power? The Customer.

Am I oversimplifying this? I don't think so.

In the classes that I teach, such as Digital Marketing and Competitive Strategy, I respect not only the fundamentals of the Noun, but the timeless nature of some of the principles (like the soap opera mentioned above). In Competitive Strategy, we must understand the nature of Strategy first, then we will explore how to be Competitive. Not the other way around.

And, I give proper respect to the masters of the art, despite the era of their origin.
For example, Sun Tzu wrote about 2500 years ago. Here are his Six Principles:

I think it is easily seen how these principles relate to business today. In case there is any doubt, please refer to my article "Sun Tzu's Six Principles- Study Them and Succeed" , also published here on Sourcerer's Blog

As another example, British General Basil Liddell Hart wrote extensively on Strategy and Leadership. His 1954 book Strategy remains a textbook for all time.

And, of course, Michael Porter, whose books, like Competitive Strategy andCompetitive Advantage, and concepts such as the Five Forces and The Value Chainare still taught as the foundations of the study of strategy at every university level. But, Porter wrote in the 1980's, with little or no concept of a digital, global future.

THAT is where the adjectives come in. Digital and Global are how we achieve our goals today. But without a thorough understanding of the main, enduring concepts, we will surely fail to execute with today's technologies and tools.

One course/study name defies the grammatical logic of noun/adjective: Customer Relationship Management. What? Three NOUNS? Does this destroy my argument?

Of course, I don't think so. I believe the title gives equal weight to all three nouns, telling us that they are all equally important. But here, the true meaning of the subject can be found in the order in which the nouns appear: The Customer is first, the development of a Relationship is next, and if we want to be successful in keeping that relationship, we better learn Management . At the end of the day, Customer relationships are no different than Personal Relationships. Agree?

So the moral of this story is, while time passes (like sands through the hourglass) and things change due to technology, some things never change and we better learn and respect what got us here.

The most important thing that has not changed: we are PEOPLE selling to PEOPLE.  And the people what has the power is the CUSTOMER.
at July 24, 2019 No comments: 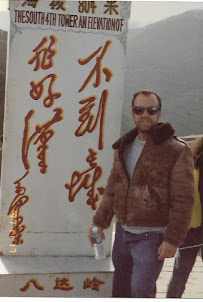 Why a lesson from her 1948 novel “Peony” should be applied to this ongoing, deadly conflict The conflict between Israel and Palestine is a p... 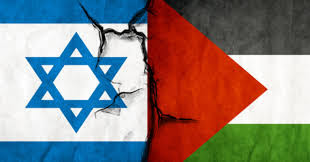