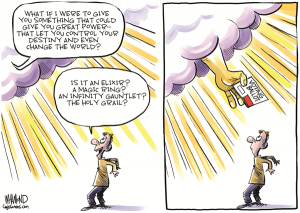 Since he took office, President Biden has been promoting Rooseveltian legislation aimed at bringing America up to speed in many ways. Such acts as the WPA-like American Jobs Plan, For the People Act, and American Families Plan are not forward-looking legislation so much as they are playing catch up ball with what we messed up or neglected in the past. Is it too little, too late? Now, it can only be too little, but it could be too late if Congress play games with the needs of the American people. Could happen.

Good for President Biden for taking this direction; it is urgently needed to offset years of inaction. Or, in some cases, hundreds of years. Let’s see some examples:

·      Computer Chips- Only 12% of the world’s computer chips are made in the US,[iii] with China positioned to become the world leader by[iv] 2030.Taiwan Semiconductor and Korea’s Samsung are two of the market leaders. Even Intel, the leader by volume, makes some of its chips in China.[v]

·      Taxes- It has become embarrassingly clear that billionaires like Jeff Bezos probably pay less taxes than you or I do. The income inequality level in 2019 reached its highest level in 50 years. Economist Larry Summers has estimated that if the US had the same income distribution it had in 1979, the bottom 80% would have $1 trillion (or $11,000 per family) more and the top 1% would have $1 trillion, or $750,000, less.

·      Political Gridlock- Our United States Congress is anything but united. Now we have partisan gridlock on just about everything; when something does get done, it becomes like food that tries to please everyone, but ends up pleasing nobody.

Let’s move on to social issues. For a country that has a Statue of Liberty still standing in its gateway, and E Pluribus Unum (From many, one) on every bill, we are sadly NOT living up to that image. Some prime examples:

·      Racism- Black Americans- Slavery was abolished in 1865, 10 of the first 12 American Presidents were slaveholders, then Martin Luther King was assassinated in 1968 campaigning for civil rights, yet on May 25, 2020 we had George Floyd’s murder. And many more incidents up until today. 156 years after we passed the Thirteenth Amendment into law, we passed Juneteenth as a national holiday to celebrate it.  Why? Because racism is in our cultural DNA. And in many places little change of attitude has taken place over the centuries. Case in point is that the state of Mississippi did not certify the Thirteenth Amendment, thus actually banning slavery, until 2013.[vi] Don’t believe me? Look it up.

·      Racism-Anti-Asian Hate- This has always existed in the United States and been promoted and protected by law. IN 1882 The Chinese Exclusion Act was passed, which was not officially reversed until 1965.[vii] Of course, in 2020 Anti-Asian Hate was promoted publicly by the President and his staff. So what is the result? In 2021, anti-Asian hate crimes increased by 223% in New York and 140% in San Francisco, two cities with large Chinese populations.[viii]We cannot write this social disease off to “a few people;” it has had official sanction for most of our history.

Think about it, and it gets worse. We have in this country anti-black racism, and anti- Asian hate, not to mention prejudice toward other groups. Along with many other immigrant groups like those from Europe, Chinese, Black, Latino and other countries, immigrant groups have built this country and still stand as some of its most sturdy pillars. If you accept this, and you must if you are not in denial, then please explain why there are no Anti-Italian or Anti-Irish hate spikes? Is it because all of those facing prejudice and racism look different? I am afraid so.

Worse, are we teaching our children to hate or fear anyone who doesn’t look like them? Yes, we are. This is our Xenophobic reality.

The most popular excuse, and it is just that, today is to blame China for our ills. Does this make sense? OK, did the Chinese take our jobs in building their economy? Did they build all those roads and metros against our will or were they just doing what they should do?

China did not take our jobs, fellow Americans; we handed them to China, gladly. As income inequality grew and our standard of living plummeted, we happily gave up competing in basic industries, and eagerly shopped at Walmart so we could get more for less. I remember back in the 80s when I reached out to American textile and garment owners asking them to compete with overseas industries by using automation and efficiency, they either ignored me or called me traitor for suggesting that we were losing the action to yellow and brown people. At that time, I was just one lonely voice. Maybe I still am, but I haven’t given up telling the Plain Truth.

But, why do so many Americans think like Trump? Or like Trump? Because politicians, good ones without a soul, are the most highly skilled at making people think the way they want them to think. Which, in every single case, never serves the influenced but always serves the influencers. Hitler was a master at that. We haven’t had a Hitler yet, maybe we survived a doppelganger, but we need to admit that those in Germany and in this country who are influenced by unscrupulous politicians are usually willing victims.

So now we come to the title of this Article- The American Responsibility Act. I am not suggesting that President Biden introduce legislation of this sort; this is because, as I have suggested in all my writing, that legislation cannot solve embedded racism; it can suppress it, but not solve it. To purposely demean the deception that Xenophobics resort to, it is like when a kid gets caught doing something bad; he or she never admits to it, but seeks every creative way possible to deflect the blame, usually on someone less fortunate—the little brother or sister, the dog, etc.

The hallmark of emotional maturity is when a person learns to admit their own mistakes and learns from them; they also learn that admitting the truth to yourself is a prerequisite to solving the problem—unless, of course, the continuing existence of the problem is of benefit to you. That isn’t the case for most of us.

So, as an individual, what I am proposing you do is the other meaning of the word act. In addition to being a piece of legislation, an act can be something that you do, which goes to the next level and speaks louder than words.

You do something about racism, prejudice and the unfairness of our system; you speak up for spending whatever is needed to bring our economy up to speed. You don’t let the soulless politicians speak for you. How? By taking responsibility as an American for where we are and not blaming China or Chinese, or Asians, or Blacks, or Latinos. Why? Because youhave a soul. An American Soul, that resonates with the intent of our Constitution which we need to turn into the Acts that define our daily lives, and what we will pass on to our children.