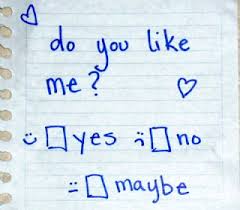 Recently, in today's technology-obsessed world, great emphasis has been put on the Operational aspects of CRM (Customer Relationship Management): Data, software, metrics, data analytics, etc. Some university professors and textbook writers are mistakenly leaning too heavily on the data side without thinking clearly about what it interprets: human behavior.

Which is why the practice of CRM today is too often underused and improperly applied, resulting in additional cost and business failure. One thing we can all agree on is the concept of Customer Lifetime Value (CLV), which, put simply states that once you spent the money to acquire customers (Customer Acquisition Cost), your profit will increase disproportionately if you are successful in keeping them over the long term.

So how to keep customers? Let's get a start on the road to long-term customer retention by analyzing the title of the practice that is supposed to guide companies to success in delighting and, more importantly, keeping customers:
Customer Relationship Management. Three nouns, which, by their order, tell us what we are supposed to be doing: First, the Customer, who is our focus. Next, Relationship. We all know that word because we all have them, and the business context is no different. What is a relationship? It is a mutually satisfying exchange between two entities; in the case of your boyfriend/girlfriend/partner/mother, is success determined by different factors than business relationship? In the broad sense, no.

Don't agree? Lets' take a closer look. In the book, "Customer Relationship Management: Concepts and Technologies" by Buttle and Maklan (4th Ed., Routledge, 2019), Customer Value is represented as an equation:

Value= Benefits/Sacrifices
Is that any different than the relationship between two people?

Further, Forrester Research is quoted in the same book as the "4 I's": the level of "Involvement, Interaction, Intimacy and Influencethat an individual has with a brand over time." How different is that from your relationship with your mother, father, wife, etc.?

Scott Galloway, in his groundbreaking book, "The Four: The Hidden DNA of Amazon, Apple, Facebook and Google" (Portfolio, Penguin, 2017), attributes the fantastic growth of these four companies to what he calls "Evolutionary Anthropology", the primal appeal to our most base instincts. In the book he depicts it this way: 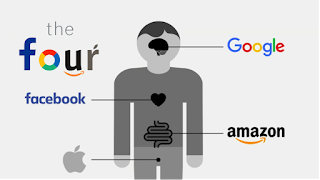 This further cements the proposition that CRM must go way beyond technology to understand and Manage the Relationship with the Customer based on behavior; technology is only a useful tool if we understand the behavior that produced the results we are trying to analyze.

Now to the main point (finally) of this article. Again, drawing from The Four, Galloway writes about the T Algorithm, which are the eight characteristics that The Four have in common in their DNA. One of these characteristics in Likability. Galloway says, "Perception is a company's reality that makes the importance of being likable, even cute, the fourth factor in the T Algorithm" (op. cit, p. 192).

So how important is it to be likable to have a successful  and long-lasting relationship with your customer, which should be your CLV goal? I believe that the  importance of likability (in the human sense- can data measure likability?), and even the word, is massively misunderstood and underemphasized, if acknowledged at all.

Let me give an example from my own experience. My bank, which is a global bank whose name everyone would recognize, messes up regularly and in ways that seem at best incompetent, even stupid. So why don't I pull my money out of this bank and switch to another? The switching cost to me is virtually zero; I might even make some money out of the other bank's excitement to get me as a customer; the only risk is that they could be as ditsy as my current bank. The  only reason is because the people with whom I have human interaction, a relationship, with, are genuinely likable.

Let's go back to the equation I cited earlier:

If you believe this equation is accurate, which I do, then it is clear that the repeated mess ups of this bank are either not much of a sacrifice, OR that, behaviorally, I consider likability a benefit.

Referring to Forrester's 4 I's I cited earlier, which factor is increased by likability: Intimacy. So the point is that the value of likability cannot be underestimated.

The perception of Likability has played an underestimated and under recognized role in the success of dictators throughout history, with some horrible consequences.

Let's take a quick glance at some dictators that caused unconscionable death and destruction: Hitler, Saddam Hussein, Stalin, Mao. Were they likable OR were they portrayed as likable to their followers and constituencies? The answer that history is increasingly giving us is yes.

Here are a few examples:

They were able to engineer a complete transformation of Hitler’s public persona,” says Stratigakos, interim chair of architecture in UB’s School of Architecture and Planning. “They accomplished this by focusing on his private life — by showing him playing with his dogs and with children, and at home in architectural spaces designed to evoke a feeling of warmth. By the end of the 1930s, news stories around the world described him as a caring, gentle individual with great taste in home décor.”
“It was dangerous because it made him likeable,” Stratigakos said. “After reading these stories, people would feel like they knew the ‘true’ Hitler, the private man behind the Führer mask, and that maybe this person was not as bad as all of the news coming out of Europe seemed to suggest.”

In the article, "5 Reasons Why Horrible Dictators Always Catch Us Off Guard, "
Cracked.com humorously but accurately analyzes the ruse or even reality of likability as reasons dictators are successful in transforming the masses. Their analysis is taken from biographies of these dictators, which are linked in the article. Examples:

·     Reason No. 5 is "You'd Probably Like a Dictator If You Met One", the article cites that Saddam Hussein became endeared to his American captors, who shed tears when he was hanged.
·     Reason No. 4 is entitled "You Can Commit Genocide And Be A Doting Parent" in which they cite Stalin's love for his children and his wife and his avocation for growing lemons;
·     Reason No. 2 is called "Nearly All Dictators Are Artists", in which they cite the well known fact that Chairman Mao was an accomplished poet.

Why is this important? Because CRM is, in the final analysis, the management of relationships with people with the goal of creating a following that results in purchases and long-term profits. You can have all the marvelous software, data and AI in the world, but it won't get you business for long if people simply don't like you.

On the other hand, as a company, if they DO like you, it can overwrite mistakes and even stupidity that really should impair or end your relationship with your customers. 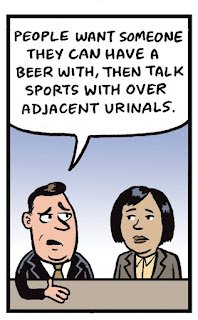