Why Are Retail CEOs Failing? A Simple Explanation 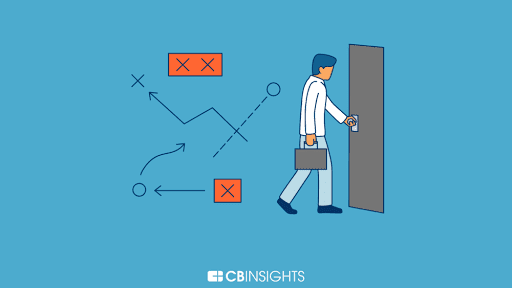 Why are Retail CEOs Failing? A Simple Explanation.

Recently I read a very thought-provoking post by Tom Ott in LinkedIn (read the full post here) which was entitled, “Leadership in Retail.” The post ends with the following statement:

“Leaders give clear direction to their teams on a way forward. They are about their people as individuals. And finally they put the team’s happiness & welfare before their own, understanding in the long haul it will pay multiples.”

As a Mantra for Leadership, in my view this is 100% spot on. But, it seems to me that this is a formula for ALL leaders, not just in retail.

There is no doubt that retail leaders are failing, and therefore retail stores and enterprises are also failing. So, it got me thinking, what specific attributes can we isolate for retail leadership that may apply and define success and failure in that world? So below are my top line thoughts (I absolutely believe the subject deserves more discussion than a short article-hmm, do I feel another book coming?- but this is a starter).

Kirk Palmer Associates took a stab at it (read the full article here) in a piece called “Digital CEOs Rising: Hiring the Modern Retail CEO.” In the article they listed 5 attributes that they felt lead to Retail leadership Success:

2.     Focus on Customer Experience- A Customer Orientation which the article says will “Amazon- Proof” their business- why? Because Jeff Bezos is not just customer oriented, he is customer obsessed.

4.     Entrepreneurial + Corporate Experience- Sure, why not? But how well does this define a leader? Experience is not an attribute.

So here’s my take on it: First, the above is too generic to clearly define retail success. It is, again, a group of attributes that could define a Bank CEO. So, what can we learn about RETAIL success, maybe from those who have succeeded now?

Another article in RIS News (read the full article here) is entitled, “Best Retail CEOS 2019”  in which they list seven examples based on business success AND Employee Approval. Now, we are getting closer to learning something about RETAIL success.

Some of their choices were:

Hubert Joly, Best Buy- Created differentiation for the brand that it had lost. Employee approval-97%

Craig Jelinek, Costco- Raised in the Costco system since 1984, he built the Costco and Kirkland brand with superior merchandising and value pricing. Employees love the benefits, Approval 95%

Dan Bane, Trader Joe’s- Two Buck Chuck and a superior product differentiation PLUS value image that stands alone, even though TJ’s is owned by the huge German firm, Aldi. Maybe the happiest employees I know- Approval 91%

Doug McMillon, Walmart. Finally, Walmart looks like a person because it is led by a person.

Tim Cook, Apple- Took over for a legend and led the company to heights itself could probably not have dreamed of (see: 4 for 1 stock split).

So, what is my criteria for retail success, and consequently the reason so many have failed recently? What should a retail leader’s leadership and workplace attributes be?

#1- They must have the Soul of a Merchant- Even if they did not come up in the merchandising/buying line, we are talking about their soul. The art of finding something the customer wants, and/or some way to convince them to buy that others do not have, because it is RELEVANT to those customers’ lives. Past Heroes (that have fallen on their sword):

1.     Mickey Drexler- He made the Gap the go-to casual clothier for most of America. And he did it with keen merchandising. I knew Drexler, and he always believed in Narrow and Deep, the 80-20 rule, and The Next Hot Item. The Gap Pocket T sold more units than perhaps any other single style in history. 1 Tee shirt- many colors. (And it was imitated all over the world).

2.     Mike Jeffries- He turned Abercrombie & Fitch from a staid brand into a Must Have. Reason to get rejected from a college fraternity could be that you didn’t own enough A&F.

Both fell on their sword because, as good as they were, they marched in place too long. Which brings us to attribute #2.

#2- Never, ever, be satisfied with what you did yesterday- Obsessively Innovate, and always Evolve. You possess a latent curiosity and a passion for innovation. You are NOT afraid of disruption; you don’t get DISRUPTED, you are inclined to be the DISRUPTOR . What you create in your own house and what you see outside will form your wide MOAT.

#3- Embrace what the digital world offers you, but never forget that your customers are PEOPLE. Find the most beautiful intersection of bricks and clicks which will make your customer feel loved, appreciated and interested.

#4- Love your employees more than yourself (as Tom said). Don’t take money out of their pockets by taking a bonus you don’t deserve, or obscene amounts of pay when they don’t make more than minimum wage. IF the company makes profit, the CEO should take theirs AFTER everyone else gets a share.

(The difference between 1 and 2 million dollars(or 10 or 20 million) affects the CEO’s life how? And, conversely, how much good could be done for the employees with that money?)

We have a problem, as Mariana Mazzucato says in her book The Value of Everything, between the makers and the takers. TAKING a multimillion-dollar bonus when you just led the company into Chapter 11 is exactly what she is talking about and is an obscene waste of GDP.

#5- Build your successor. And their successor. And so on. A baseball team without a bullpen is sunk. Same with retail. Yes, it is feasible to hire executives from outside, but much better if this is an absolute corporate priority from training onward. Craig Jelinek and Doug McMillon are examples. More important- without someone internally to take the reins, the search begins for someone who is not familiar with the organization, and whose changes may not be relevant- maybe a square peg in a round hole.

#6- Obsessive Customer Focus- “Turn fans Into customers and customers into fans” (Fanocracy, David Meerman Scott). Find new and exciting ways to engage and interest them. Find products for your customers, not customers for your products. Watch this video of Jeff Bezos in 1999 and count how many times he says the word “customer.” Voila, Amazon- ‘nuf said.

The bottom line truth is that not everyone can lead a retail company effectively. More important, not every CEO possesses all the above attributes, at least not in equal strength. Such Unicorns exist, but they are very rare. Do you know one? Chances are you don’t, but if you do, please share.

IF you know where you are strong and where you are not as strong, you will surround yourself with people who can compensate, thus making the whole ship sound and seaworthy.  But, it seems that at least our crop of retail CEOs either didn’t have enough of the above attributes, OR their Ego and Blind Spot (see Ray Dalio Principles) prevented them from seeing and admitting where they needed help. Which leads us to the final criterion:

#7- Get over yourself- Ego Kills. Humility is a trait needed by all and possessed by few in the C-Suite.

This is my perspective as a former retailer and leader. Humbly offered…