Amazon WIll Buy Kohls. Bet on It. I Did.

Amazon Will Buy Kohls. Bet on it. I Did. 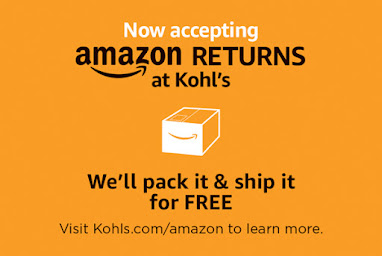 A recent article in Forbes, “It’s Time For Amazon & Kohl’s To Consummate Their Relationship With An Amazon Go Partnership” by Chris Walton envisions that the next step for Amazon and Kohls, who already have partnered with Kohls accepting Amazon online returns, would be an Amazon Go partnership within the 1158 Kohls stores (or some part thereof).

He points out that several competitors in the mass market genre have found a windfall during the pandemic, while Kohls has dropped: “ Kohl’s sales were down 23% over the last quarter, a stark contrast to the performance at places like Walmart  -1%, Home Depot  -0.4%, and most especially Target  -0.1%, where Target’s same-store sales were up an insane flipt-the-script 24%.”

I agree with his statement that the other retailers listed above have found greater relevance during the pandemic, while Kohls has not, and was, as with all the other Pandemic victims, searching for relevance even before the Pandemic started having an influence on retail sales.

If you can’t find relevance, what do you do? Chapter 11 is one solution that many have resorted to (although I find it puzzling that Kohls couldn’t come up with a solution to this problem), tantamount to saying, I give up, can’t find relevance anywhere (how hard did you look? Are you the right management to be looking?).

Kohls has taken the approach that partnering up with the Big Kahuna of retail, Amazon, is one way to solve the problem since it will drive traffic into their stores. There is one giant flaw to this business logic: Even if you drive customers into your stores who are intending to return goods to Amazon, that is only a good thing if they stop and buy something from you. The above numbers indicate that this has not been the case.

So, failing to reinvent yourself with relevant merchandise, and in an image customers clearly understand (like TJX and unlike Sears and JC Penney), looking to Amazon is not a bad idea.

Except that the future relationship as Walton envisions it (a sex partner), is not advantageous to Kohls because it is not a relationship of equals; what Kohls needs is a rabbi- or a daddy.

From Amazon’s standpoint, the deal that Walton proposes makes no sense. Why go to the expense of retrofitting 1158 stores with Amazon Go when you could buy the whole company and do what you want with it (like expanding the Whole Foods or Amazon Grocery network, which Amazon desperately needs to do to keep their edge with Walmart). Amazon’s one weakness in their competition with WM is their lack of Brick & Mortar; buying Kohls would put a huge dent in that problem.

Amazon also wants to increase their share of Apparel Business. Kohls is a way to do that.

I am betting that will happen. And I put my money where my mouth is- I bought (some) Kohl’s stock, which is trading at about 34% of its 52-week high, on the premise that Amazon will take my suggestion and buy the whole shooting match. Check out the numbers:

Some numbers about Amazon, which you really didn’t need to know to agree with me:
Amazon Market Cap: $1.66Trillion

(All numbers from Seeking Alpha www.seekingalpha.com )

IF Amazon offered $25/share (which is 25% higher than today’s share price) for Kohls stock, the 157millon shares outstanding would add up to a buy price of $3.925 billion. Pocket change?

At that share price, a .25% increase would furnish enough money to buy Kohls at the above price. Do I need to say more?

Most importantly, buying the whole Kohls Corporation makes abundant sense for Amazon, as I pointed out above, rather than strictly putting Amazon Go into some Kohls stores which may or may not drive the traffic that Amazon wants.

I agree with Chris Walton that a relationship with Amazon may be the best or only saving grace for Kohls at this point. I don’t agree that an Amazon Go partnership is “going all the way.” Buying Kohls is.

Those of you who read my blog www.isourcerer.com will remember I recently (June 24, 2020) wrote an article suggesting that Amazon buy Macys. I am not just crazily spending Amazon’s money (as if- but I would spend it wisely, you can guarantee. Macy’s and Kohl’s are different market targets. I would envision Amazon buying both. Which would I buy first, if I were Jeff Bezos? Kohls.