CORRECTION: Macy's is NOT "The Asteroid that Killed Retail." Who is?

CORRECTION: Macy’s is NOT the Asteroid that Killed Retail. Who Is? 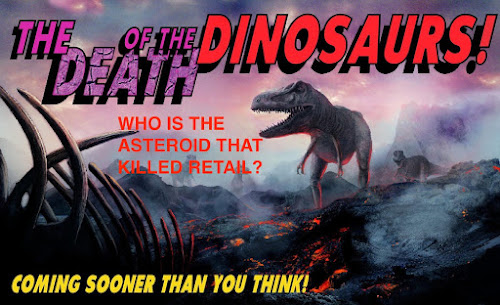 In April of 2018, I wrote the article, “Macy’s: The Asteroid that Killed Retail”  in which I blamed Macy’s (which is now Federated) for changing the face of retail by buying and absorbing 85 distinguished Department and Specialty Stores, some of which had century-old histories, and sanitizing them with the sometimes unknown and unrespected name of Macy’s. Let’s look at the list again, it is as tragic in 2020 as it was when it was done, and in 2018 when I examined it in the above article:

·      Gold Circle (discount store chain) Founded in 1967 by Federated; merged into Richway in 1988 and later dismantled during 1990 bankruptcy

No matter who you are, and where you lived, this list brings a memory and a tear to your eye.

Now I am correcting myself in the attribution of the death of retail. Macy’s Federated did not kill retail as a whole; they hastened the death of Department Store Retail by robbing their identity and the customer loyalty that kept them going for decades.

As it turns out, both Federated and Macy’s, before they merged, and many or most of the above names, were on the sick list before they were absorbed. Case in point: Federated was in Chapter 11 bankruptcy 1990-92 and Macy’s was in that state of business since 1992, and still in 1994 when the negotiations were going on. (Washington Post). I guess all that this proves is that two sick people teaming up do not result in one healthy person.

That said, the combined brand and buying power of 85 sometimes iconic or legendary department stores could have been leveraged to create an 85-headed monster that could have competed well for the consumer’s dollar.

So Macy’s/Federated didn’t kill retail; they killed Department Store retail. Any chance these hometown units had to compete was erased when they all had to be named Macy’s. That tragic decision goes down in history as one of the most wrong-headed and arrogant decisions in the history of American Retail.

What was the disease that made these hometown stores sick in the first place? Same as the fate that befell millions of local stores in rural America. This disease is named Wal-Mart (now Walmart).

Then, as time went by, Walmart was joined by a second company named Amazon.

My corrected conclusion is that Macy’s was not the Asteroid that Killed Retail- it was one of the dinosaurs that died a slow death due to inability to evolve. IN fact, America was hit by two deadly asteroids: First Walmart, then Amazon. The two together changed the entire retail value proposition for American consumers.

And Macy’s, instead of playing on reputation and loyalty, tried to play in that sandbox. So did many others who have faced the same fate recently.

Let’s first look at some numbers which illustrate my point:

IF we go further back, we can see a day where these department stores, along with others such as Sears and JC Penney, dominated retail. But the fact is, by 1994 when the merger of Federated and Macy’s was agreed, and, coincidentally, the year Amazon got its start, the game was over; American consumers were spending their money elsewhere and department stores became, in the famous words of Perry Mason (and his nemesis Hamilton Burger), “incompetent, irrelevant and immaterial.”

So why the hell am I using the term, “killed retail?” Just these two companies are doing a ton of business and making millions of consumers happy every day.

The thesis of this article, which I have said many times before, particularly in my article, “Not Understanding the Relationship Between Price and Value Can Be (Is, Was) Lethal”, the price/value proposition in America has been turned on its ear. How Mariana Mazzucato explains it in her great book, “The Value of Everything”(notice the link here is to Amazon:-/):

There is no doubt that the success of Walmart was and is all about price, and so is Amazon (started by undercutting everyone on books, now is the default site for everything, but still heavily depends on price). So, over the years and more so now, the majority of goods available to Americans fall under this price/value proposition (Walmart and Amazon are not alone; they are joined by Target, TJ Maxx/TJX, Dollar General, Dollar Tree etc. etc.: the lower price I pay, the higher the value to me).

This is not the value/price proposition we were raised on in the Department Store era, but it is the overwhelming retail model today. And, when Department Stores as well as Brands like Brooks Brothers abandoned their value proposition in favor of the Walmart/Amazon paradigm, of course they failed.

So, this is what I mean by “Killed Retail:” Not one, but two mega-asteroids, Walmart and Amazon, changed not only the face of retail, but murdered what drove retail for the entire 20th Century:

You pay a little more to buy from the store that you are loyal to, because you have trust in them and the product. When I worked at A&S in Brooklyn during the 1970’s, this is what drove our customers. And when we did give them a sale or promotion, they understood the value and feasted on it.

What is worst, it is my theory that this change also contributed to the plummeted standard of living in the US (which I have also written about), and poor working conditions in supplier countries worldwide, because cheap product requires cheap labor, cheap materials, and a cheap experience.

What can be done about this situation?

First, Brands have to have the courage to stick to the real value price of their products, and not fall into the trap of training their customers to wait for a sale;

Second, since loyalty to geography (your local store) is dead and gone, new brands have to give customers a reason to buy other than price: Product, Quality, Business Conduct such as Sustainability. IF enough companies do this, it will start to change minds and the Price Guys will be on the defensive.

Honestly speaking, you never know what happens in business, but this might take a while. And it might not. 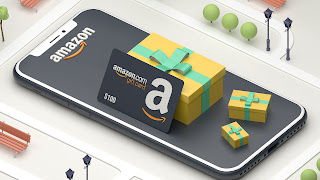