Productivity- A Key to Reviving our Standard of Living 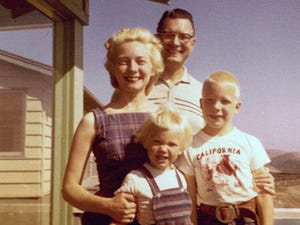 In my recent article entitled, “And The Winner Is”, I showed a comparison that included the US and China in GNI at PPP. (What is that? GNI is Gross National Income, the sum of all income, domestic and international; PPP is Purchasing Power Parity, the income numbers relative to what that money can buy for the population of that country). Here it is again:

So, if we take the GNI in international dollars without factoring in what it will buy, the US is still higher than China, but that doesn’t get you as many Big Macs. Some more graphic proof: 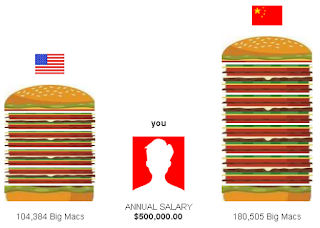 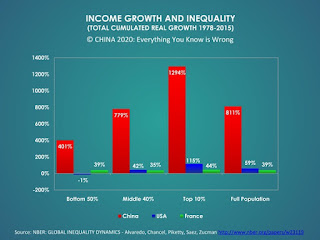 What happened? Don’t blame China. If anything, thank China and Walmart for helping us to hold on to more of our standard of living than we might have otherwise.

Here are the way those numbers look on two graphs: 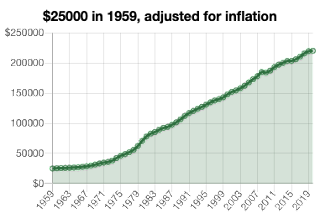 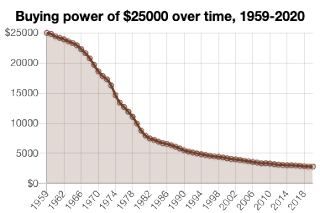 And, what can you buy with that nearly $50K today?

Business Insider did an analysis of what the situation would be for a family of four to live on $50,000 per year today. Their conclusion: Bottom line, that family is $400 in the hole.  But yet that family in 1959 could afford to buy a house, car etc. with no deficit.

So how do we fix this problem? Is it even fixable? I believe it is. But no doubt it will be a major task and take major reform of our economy, supported by the government (really supported- not talked about, played football with, and stagnated) and business.

Here I offer a starting point: Productivity. IN every area of our economy, we must get more out of our employment and other factors of production, thus lowering prices, or at least keeping them from increasing.

Let’s start with hiring practices. Today, hiring is a game to see how cheap you can fill a position. If there are two candidates with qualifications for a position, hirers will usually choose the cheaper one. Never mind that the more expensive one, with higher skills and experience, can do the job better and faster, thus adding more value.

I ran a $300 million-dollar business in China with 15 people, combined staffs from China and Hong Kong. I paid more before it was fashionable to do so. This accomplished two things: 1. I was able to hire (and retain, discouraging job jumping) better and more productive employees and 2. Lower the cost of these offices from 5% of sales to 1% (yes, sales increased, but the fact of decreasing cost by 80% overtook those increases).

Today, in the US, if you go to any restaurant and visit the kitchen, or go to any supermarket, you will be sure to notice that the basic tasks are done by immigrants (legal or not, doesn’t matter here) that will work for much less than average Americans. So, two questions arise for me here: 1. Are these immigrant workers as productive as they should be? I am always struck by how many of them there are at any given point when I shop; understanding the language, I hear lots of conversation and chat that has nothing to do with work. If there was a productivity standard, could I use fewer of these workers? And 2. Once I determined the productivity standard, could I hire locals at a higher salary and get higher productivity, thus reducing cost?

Anthony Bourdain, in his book “Kitchen Confidential” Challenged readers to staff a kitchen without these immigrant workers. Did anyone really try?

Let’s be clear: I am not against immigration. This is a nation of immigrants, including my forbears. I am against illegal immigration, especially when it is tolerated, even encouraged, by the prospect of cheap workers. When I applied for a work permit in Shanghai, my company had to affirm that I had special skills and was not taking a job that a local might hold. Does this standard not make sense? And, without that permit, I represented a big risk for employers.

Let’s take it a step further. As a hiring manager, I would put a premium on and pay a premium for productivity. Yet, in NY, where the apparel and retail industries have suffered huge setbacks and have had big layoffs, in rehiring you can bet the farm that it will be a race to the bottom- let’s hire as cheap as we can as sales have been battered. Right? Wrong. Let’s say you can hire your staff of 6 production managers at $50,000 per; I will hire 3 production managers at $85,000 per and beat you in productivity and value added. What is more, my managers can make ends meet while yours cannot. And, my total cost is $255,000 to your $300,000. My value equation in productivity will reduce my real cost even more. I guarantee it. So, now, did I add to the cost of living or reduce it? Not to mention that my 3 managers will add more to the economy and can even increase the savings rate.

I will also apply the same principle in my Global Sourcing. My first goal is to gain Comparative Advantage, which will result in a healthier Value Chain, and, ultimately Competitive Advantage through profit. But how do I accomplish that? By finding cheaper and cheaper labor, where I can convince people to produce at a rate that will not increase, or maybe even support, the standard of living of the workers in the countries where I source my product? NO.

I will seek to buy product where I can get competitive prices based on the comparative advantage of productivity, both in final product and materials, logistics and quality. But, most important, where I can at least maintain, and hopefully increase, the standard of living of those workers and their families in the factories where I choose to work. (Please see my recent article on my blog for an example of how this worked in Thailand)

I have suggested in recent articles that Mariana Mazzucato is on the right track in her book “The Value of Everything” when she suggests that, rather than see capitalism as we know it crash and burn to a nightmare scenario as Ayn Rand suggested in “Atlas Shrugged,”  which I wrote about recently,  we should look for a way to reform our system so it works better for everyone.

Per Mazzucato, we should also look at the divide between the makers and the takers in our society to revive value creation. This is also directly related to Productivity. For example, if the top executives of a failed, Chapter 11 company get $10B in bonuses, that is a slap in the face of Productivity.

I am sure that reforming our economy and restoring our standard of living is a huge undertaking; I am also sure that changing our mindset and our paradigm to emphasize Productivity and Value is a great leap in the right direction.