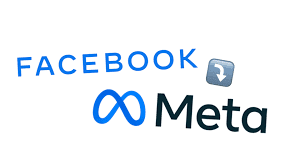 Company over country; profit over propriety. These were the key points made in the recent book An Ugly Truth, and the documentary The Social Dilemma. Facebook (aka Meta) has been exposed to a staggering amount of bad press which included a whistleblower, Frances Haugen, federal lawsuits, and accusations of pandering to children at a time when suicide among the very young is startlingly increasing.

Yet, especially despite all of the above, Facebook’s numbers are dazzling. Yahoo! Reported on November 24th of this year:

Revenues of $29.01 billion missed the Zacks Consensus Estimate by 1.8% but increased 35.1% year over year. At constant currency (cc), the top line improved 34%.

User Base Continues to Expand

Daily Active Users (DAUs) were 1.930 billion, which increased 6% year over year and represented 66% of MAUs.

Family Daily Active People or DAP, defined as a registered and logged-in user who visited at least one of the Family products (Meta, Instagram, Messenger and/or WhatsApp) on a given day, were 2.81 billion, up 10.6% year over year.”

The Economist recently reported in a piece called “Accounting for algorithms,” that a UN report published in 2018 attributed a “determining role” for Facebook’s platform in the Rohingya genocide. According to the article, on December 6th of 2021 a letter was delivered to Facebook’s offices in London and California. The suit will seek “at least $150bn in compensations for “wrongful death, personal injury, pain and suffering, emotional distress, and loss of property.” The suit is predicated on being able to apply Burmese law for harms done in Myanmar.

Most importantly, the article points out that, “The current lawsuits argue that Facebook is both manufacturer and, to some extent, messenger: its algorithms decide what people see. Whether and how the firm is liable for what its algorithms do will now be tested.”

That is just the point: If Facebook can create algorithms and media that facilitate this kind of hate and tragedy, do they not have the power to create algorithms that don’t, even if it costs them revenue? For example, with today’s algorithms, if you like to see hate posts or fake news, revolutionary or destructive posts, Facebook’s algorithms will show you more of those. Whatever changes Facebook says it has made to better control that sort of thing, how far has it gone? Has Facebook demonstrated what its algorithms will be in the future so it can capture the positive aspects of a global media app and eliminate the negative and tragic?

Will the US Government succeed in taking Facebook to task in court, as they have tried to do and failed? I think not. Why? Because Senators, Congressmen, all politicians cannot get elected without Facebook. So why kill their golden goose?

Does getting elected take precedence over protecting the electorate?

After showing my students the above documentary and their reading the book, they said they were “trying to cut down” on social media time (like trying to quit smoking—never works). And, when asked the question as to whether someone who chooses to advertise on Facebook is also responsible for its ills, their answer was—silence.

Mark Zuckerberg has proven to be the Teflon Don to a degree that John Gotti could not even dream of. So if we accept the fact that Facebook is too big and too much a part of everyone’s lives to control, we can only hope that he sees the light at some point and makes the changes that will address all these recurring issues. If he does, the case might be that Facebook does not lose users; it may gain back those who (like me) have abandoned it and its avatars.