Godzilla rises above Tokyo Bay.  People scream and run helter skelter, in total panic. How did this happen? Surely we are dead now…. 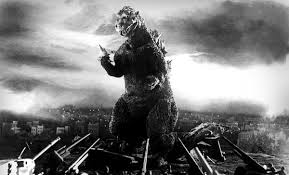 Thousands of articles written, speeches made, forums held recently about Amazon and the Category Killers (see http://www.isourcerer.com/2017/08/the-category-killers.html) like Inditex, Uniqlo, H&M, Lidl. Many if not most refer to “disruption,” “unprecedented challenges” and cast those companies as if they hatched some sinister plan to destroy retail. OR they just ominously appeared, like Godzilla.

My questions to those sky-is-falling moaners:
1.     What exactly did they “disrupt” except for your business?
2.     When did they start disrupting, or
3.     When did you first realize what they were doing and what effect it was having on your business?
4.     Do you understand any of what is happening to you?

Actually, they didn’t disrupt anything; they just EVOLVED. And you didn’t.
The state of retail today follows Darwin’s theory of “Survival of the Fittest.” Per Darwin, those who figured out a new tool or technology better than others survived. Those that slept, ignored or were ignorant, didn’t.

The rise of these companies who will doubtless dominate retail in the future followed a clearly predictable pattern of evolution. And they themselves have evolved into their present state over as much as 40-50 years time. Let’s take a brief tour through the evolution that brought us to where we are today:

1.     Brick and Mortar- The Shopping Experience 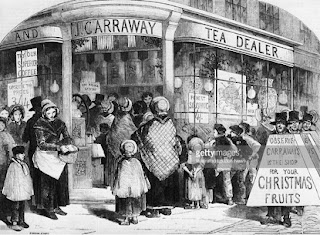 The shopping mall, which is an iconic and important part of our shopping experience, is not a new phenomenon. It can be traced back to the Roman Forum, the Greek Agora, and the medieval market towns. (Smithsonian Magazine). When Congress allowed companies to accelerate depreciation in 1954, this made the upfront investment in building malls much more feasible and possible. Coupled with rural population growth, this was simply the evolution of shopping habits beginning in the 1950’s. Enabled by social and legislative changes.

Why did people flock to shopping malls? For the shopping experience. This is no different than the motivating factor going back to medieval times. In the 19th and early 20th century, local neighborhood shopping areas afforded people the opportunity to buy what they needed as well as have a pleasant social experience.

Then, department stores evolved from the neighborhood, promising a big selection, dependable quality and better prices. Sears opened its first department store in 1925 in Chicago, JC Penney some years before that. 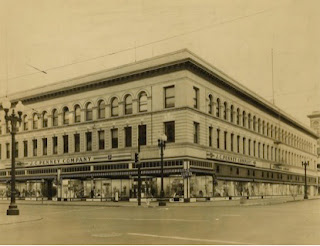 The first shopping mall in the US was built in 1956, the Southland Mall in Edina, Minnesota. The last one was built in 2006. (Wikipedia). IN the meantime, more shopping malls were built than was needed given the population, mostly due to the whopping real estate profits that could be made. 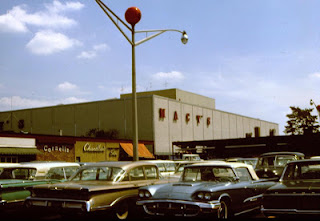 Now, with enabling technology, it is no longer necessary to run to the shopping mall to buy what you need; if you want to shop for the entertainment or experience, you also have choices. You can sit at home, just as people did more than 100 years ago with the Sears Catalogue. Simply put, brick and mortar shopping with the department store as anchor has EVOLVED to, “ I can get what I NEED online. For the balance of my shopping experience, I have time for a laser-focused, clear, concise and pleasant presentation of what I should want now or this season.” Solution: Amazon and the Category Killers.

People shopping remotely is not new. 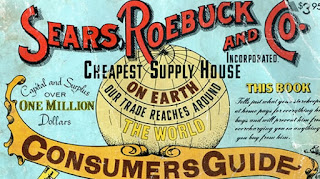 Quick-when did Ecommerce first appear? How many of you said 1983?

AT&T produced and distributed Viewtron, beginning with a test in Florida, from 1983-1986. Viewtron was a remote terminal on which you could order merchandise, book flights etc. based on NAPLPS graphics language and sent over phone lines.  The idea failed as people were not accustomed to using technology and did not want to spend the $600 cost. 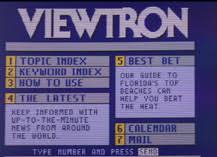 From there, what we can clearly see the EVOLUTION of what we know today as ecommerce:
1984- First B2C online shopping platform in UK- Gateshead SIS/Tesco
1984- Compuserve Electronic Mall debuts in US
1990- Berners-Lee introduces the first web browser, World Wide Web.
1994- Netscape Mozilla, first secure transaction.
2016- Amazon aided more than 10,000 sellers to generate more than $1million in sales on the Amazon Marketplace.

Wait- How did we get to 2016? When did Amazon start? Answer: In 1994, as Cadavra, later changed to Amazon with the oh so familiar A to Z logo. So Amazon has been EVOLVING along with the enabling technology for almost 24 years.

So where was everyone else? Why does Amazon account for almost half of online sales today? Jeff Bezos even said, “There is nothing about our model that can’t be copied over time.” But they didn’t. In 24 years.

Inditex, corporate home of Zara, Massimo Dutti, Bershka, Oysho, Zara Home etc. started in 1963. More than 50 years ago. The first Zara store in US opened in 1989. Almost 30 years ago. By 2010 Zara had 5000 stores worldwide. Today Inditex operates in more than 90 markets worldwide. Only very recently is there frantic talk about “fast fashion” as a force in the retail business. Inditex did not get to where they are in a magic burst. They EVOLVED over time. The shopping experience and the value proposition are what customers want. No discounts necessary to attract customers; the values are there everyday. But when they DO have a sale, well, have you seen pictures of piranha working together to devour a prey? 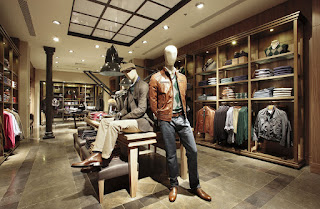 Other category killers such as Uniqlo, H&M prove that this model, too, can be copied over time. These companies also evolved; those department stores that are closing daily-didn’t.

It can be clearly seen that the phenomena that are Amazon and Inditex did not suddenly appear over Tokyo Bay-they EVOLVED over time with the enabling technology.  Everyone else had the same opportunity to evolve-but they didn’t.

As we follow Darwin’s principles, those who adapt best to the changes and challenges over time, survive. Those who do not, don’t.

My conclusion is: Amazon and Inditex are NOT the problem. They are the SOLUTION-the EVOLUTION SOLUTION. 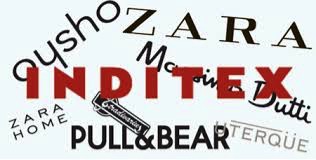 (Next up: How The Evolved create business opportunities and welfare- and how that changes everything about the business process, including sourcing)