Sometimes, In Sourcing, It Pays to Marry the Ugly Girl

One of our biggest clichés and often-repeated advice is “don’t judge a book by its
Cover.”

Whether in China or elsewhere, it may be wise, if given the choice, to choose the internal qualities of a woman who is not so beautiful on the outside as opposed to the gorgeous woman who doesn’t have the character, spirit and heart of the plain one.

Sometimes-often- in my experience, the same applies to factory choice:

1.     A small and modest factory, which may be somewhat unkempt and look like someone has been working hard there;
2.     A big factory with an attractive exterior and workshop which is neat and pristine.

So would you choose #2 over #1? If your answer is “absolutely,” you are wrong.

The choice seems clear and obvious to the majority of foreign visitors. They are put off by the physical surroundings, and maybe the humble appearance and demeanor of the owner, leading them to choose the beautiful girl.

I can say without hesitation that, in a great many cases, the smaller, more modest factory with the ugly-girl experience is the better choice. Any factory can be cleaned up and re-organized; what cannot be changed is the character of the people that work there, their desire to make a quality product and a sincere wish to grow relationships with buyers, not just take orders.

In my career, I have chosen the ugly girl several times; never have I been disappointed. Please note that, when you make that decision, you also make a commitment to hold their hand from day one. IF you do that, you will gain another asset: their undying loyalty. This will reflect in price, performance, quality and will count for a lot in a crisis.

My proudest personal story in this area is about when I chose a small, storefront (yes, storefront) factory in Thailand to do some of my underwear business in that country. Why did I make that decision? Because I could see the smarts and the heart of the owner and I believed (this takes some faith in your own intuition), that, given the chance, he would be successful. Years later, the factory had expanded to take over sever adjoining buildings, and what was a dead street became alive with commerce. Economic development 101.

Some factories that have grown big find an owner who has made a lot of money, and maybe gone from poor to rich in a short time. More often than not, human nature takes over and the owner things he is all that-which he isn’t- he is just the same guy with more money.

What am I talking about here as an indicator? Humility.

On the other side, there are small and ugly factories that will always be that way and that should be avoided at all costs, despite their price. How to tell? 1. The attitude of the owner and management 2. The quality of the product they are producing 3. The general body language of the factory workers-either “busy, focused” or “I really don’t care.” Again, this is largely intuitive, but after a while you can smell it (that’s another thing- a bad factory has a bad smell).

With all due respect to the great C-Level executives that run our companies, more often than not they do not have the battlefield experience to be able to tell if the ugly girl is worth marrying. If THEY are smart, they leave the decision to those of us who are experts in the field.

Each case is different. But as Malcolm Gladwell has said, after enough experience you are capable of thin splicing the conclusion.- quick and accurate assessments with little information.

A word of caution: I am not telling you to commit your whole production to these little gems (and, for that matter, the big ones). Any new factory should be given a test order first; you only know for sure after they have delivered your order.  Then, if you were wrong in either conclusion, your damage is minimized.

NOTE: For the sake of absolute equality to everyone, I chose the “girl” here because it applies to me. The subject matter is same no matter which gender or preference way you turn it. 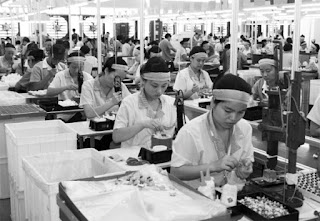 Thank you always for your comments!
This is a forum for information and discussion. IT IS NOT FREE ADVERTISING. SUCH MESSAGES WILL BE DELETED IMMEDIATELY. Please find a more upright way to promote your product or service.
I am forced to moderate comments due to an overwhelming amount of such comments. Please continue sincere comments so you can be heard!

The Plain Truth About Anti-Asian Prejudice in America