When Ideology Trumps Strategy: Why Our Leadership is Failing Us 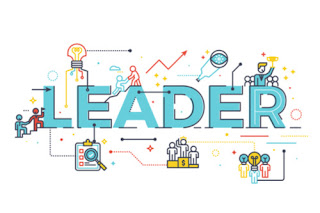 (There has been a lot written globally about the failure of leadership during the pandemic. Political explanations don’t tell us WHY these minds are failing to make timely or correct decisions. The following offers some lessons of history, and psychological analysis of the barriers that cost us lives and money and more lives and more money)

We are going through an unprecedented era and crisis that affects everyone on the planet. I don’t think that anyone would dispute the fact that how we handle the near term and longer-term future will have a profound impact not only on people’s lives, but on the nature of our survival as a nation and civilization.

The best example of this is the recent NY Times report that, if we had started the lockdown 2 weeks earlier, we could have saved 36,000 lives. So, the bottom line is, in times of crisis or war, we depend heavily on our political leaders’ decisions; they literally hold the power of our life and death in their hands. But, even in the face of deaths, our leaders talk about “reviews” and ideological issues that gain us nothing, even hurt us.

Every leader has a lot to think about when making decisions. As the representative of the company or country, he or she has to uphold the political principles of the nation; but, even more, he or she has to take appropriate actions to resolve or solve the issues, over and above the political considerations. Our leaders have shown a profound inability to make the right decision in terms of helping their constituents, we the people, and have wasted months and millions talking about political issues when they could actually have been doing something constructive.

History has shown that a leader who cannot clearly and practically solve a problem, whether it is military or economic or both, is destined to fail. And, with that failure, go the lives and livelihoods of the citizens.

History proves that, if we cannot depend on leaders to have the mental capacity to make the best decisions for their constituents, we would be better off without them.

Let’s go back to WWII. Andrew Roberts, author of The Storm of War, one of the best books ever written about that devastating war, insists that Germany clearly could have won the war, had it not been for Hitler’s inability to put Grand Strategy (the practical and actionable) ahead of Nazi ideology.

Many examples given by Roberts clearly underline the fact that Hitler’s mistaken decisions which were taken despite his generals’ recommendations were direct causes of Germany’s defeat. In a speech to the American War College, he gives examples:

1.     Hitler made an ideological decision to kill 6 million Jews, yet the population of factory workers from 1939-1945 decreased by 10 million. IN essence, he killed 6 million of his potential best workers;

2.     Hitler never coordinated with Japan against Russia, where, if he had, Stalin would have not had the strength to resist Operation Barbarossa, Germany’s attack on Russia.

In his lecture to the US War College, Roberts describes the above and more in detail; he concludes with the statement that the defeat of Germany was heavily laid on the fact that, for Hitler, Ideology Trumps Strategy (his words).

What are the basic character flaws that cause mistakes like Hitler made in WWII? Surely Hitler was not the first or last to make such mistakes, and those errors are not relegated to past history- they are happening right before our eyes.

Ray Dalio, Founder and CEO of Bridgewater Associates, one of the world’s largest hedge funds, in his book Principles, focuses on what he calls the Two Biggest Barriers to Success:

The first, Ego, is the failing that prevents you from seeing your own weakness, or the weakness in your plan and argument, causing you to want to see what you think is right, regardless of whether it is true or not. Your self-awareness and humility are cast aside to protect and convince yourself that you alone know the truth.

The second, Blind Spot, which results from Ego or just your own DNA, prevents you from seeing what is coming. Everyone has a blind spot, a weakness. You must understand it and compensate for it or find others who can. If you don’t, the result can smack you in the side of the head and result in failure or catastrophe.

Together the two constitute a fatal flaw to effective leadership and success. Hitler suffered greatly from these two barriers; we know the result.

Clearly, the combination of Ego, Blind Spot and putting Ideology before Strategy or Solutions was a fatal flaw for Hitler. And it resulted not only in Germany losing WWII, but in tens of millions of deaths that could have been avoided.

What is more important is that these characteristics constitute a Failure of Leadership whenever in time or in which situation they happen. Like right now.

Why am I writing this? How does this apply to our current situation? Can we say that ANY of our political leaders, especially those with the most power, are thinking clearly and practically, so we can depend on their decisions?  OR can we see that ideology, ego and blind spot is obstructing progress and costing lives?

Remember Andrew Roberts’ words: When Ideology Trumps Strategy, a war and lives will be lost, and we will be left holding the bag of isolation, political and economic devastation.

History has proven this and will prove it again- and again- as long as we allow it to.