The Undeniable Reality About Global Sourcing (and Food)

The Undeniable Reality About Global Sourcing
(And Food) 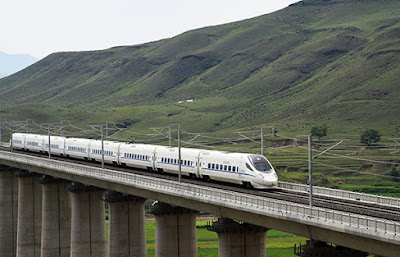 (Author’s note: The following is an excerpt from my upcoming book, “Travels with Mikey- The Global Life of a Business Foodie.” Please watch this blog and LinkedIn for updates on publication)

Chapter: China Wanderer 2012-2017
When returning to China in 2012, after decades focused on the fashion industry, I found myself with no opportunities for sourcing product in that industry. But, the Middle East was thriving, so I focused on the region rather than the product.
That being said, I learned a lot during these years- about myself, and about business as well. Before this time, my entire career had been focused on apparel- Could I function as well in other industries that I knew nothing about? This was a case of fake it until you make it?
During that time, I got involved in, and got orders on some, but learned about all, like 20 different industries. After decades in apparel, I found myself learning about, sourcing product for, and visiting factories in industries like:
It was for such diverse products and more that I ended up-alone-in some, well, less urbane parts of China. My roles were:
So how did I get paid for these tasks? That is where I got to doing something I would not have approved if I was on the other side- double dipping- building in a commission from the factories in addition to what buyers were paying (if anything). Survival made me smarter, and a lot less smug.
Specifically, some of the products I touched during that time were:
A Crusher plant for Saudi Arabia which was to crush rocks for railway and dam construction;
Stuffed Pet toys, pet beds, rugs, chews etc. for Brazil;
Wax for candles to be made in Syria;
Wood doors, wall panels and furniture panels for Lebanon.
What did I learn from all of this? Other than a lot about a bunch of different industries that I never dreamed I would be involved in, I learned the most valuable sourcing lesson that anybody could learn:
The product itself is not the primary challenge- the mechanics and specific product details of any industry can be learned (in fact, I learned that every other industry was easier to learn than apparel- usually less moving parts and a lot simpler process); what are the most important elements of Global Sourcing?
So here I am, flying all over China by myself with only a minimal command of the language, tasked with acquiring knowledge, placing product, and following up to a successful conclusion on shit I mostly knew nothing about.
I didn’t make much money doing that, but I acquired a wealth of knowledge of my profession that I never could have acquired doing the same shmates again and again as I had done for decades.
Another lesson that I believe was reinforced in me is that people in China, US, anywhere are basically all the same: They have a goal or dream, they have families to support, they like to like and be liked in business, and mostly they love to eat.
I, as always, ate what I was given, but, on the road (home later in this chapter), I did eat some interesting things, such as deep fried insects, to include giant bees and scorpions; donkey pie; Jinhua ham, China’s answer to Pata Negra (damn good stuff on its own), but most important I learned so much about the cultural association with food. So food is not just for eating, it is for sharing and bonding.
From the late, great Anthony Bourdain:

Food is everything we are. It's an extension of nationalist feeling, ethnic feeling, your personal history, your province, your region, your tribe, your grandma. It's inseparable from those from the get-go. 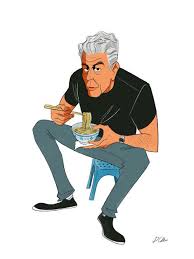 (Lots more about the food in the book)