The Way I See It: Force Majeure Is Not An Excuse For Refusing Orders 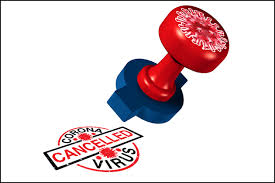 The Bottom Line: Many Retailers around the Globe have hidden behind the Force Majeure clause for refusing orders that were finished or in process, and for cancelling orders already placed.
Let’s get the legal stuff out of the way first, then we should discuss how the situation might be handled in a better way.
Force Majeure (French for Superior Force) is a clause that may be inserted into a contract “which essentially frees both parties from liability or obligation when an extraordinary event or circumstance beyond the control of the parties, such as war, strike, riot, crime, act of God (e.g., flooding, earthquake, volcano), prevents one or both parties from fulfilling their obligations under the contract. However, "force majeure" is not intended to excuse negligence or other malfeasance of a party, as where non-performance is caused by the usual and natural consequences of external forces (e.g., predicted rain stops an outdoor event), or where the intervening circumstances are specifically contemplated.” (Wikipedia)
Force Majeure has been used as a legal reason for cancelling events due to COVID-19. In those cases, the argument is that either legal or medical or both reasons prevented the event from taking place. People could be seriously affected if the event were allowed to go on. So in this case, the event cannot take place, or is prevented from doing so.
So, the way I see it, the difference between an event cancellation due to Force Majeure clause and the refusal or cancellation of orders is that, while the Pandemic was not foreseen, nothing except the bottom line of bad business and overstocks prevented those buyers from taking the orders. They still had the power to take the goods and the shipment did not present a clear and present danger of medical endangerment.
So, in my opinion, Force Majeure is not a legal excuse for refusing or cancelling orders.
Maybe it is a stretch, but, according to the above definition, you could say that bad business due to Coronavirus is “usual and natural consequences of external forces (e.g., predicted rain stops an outdoor event), or where the intervening circumstances are specifically contemplated.” The usual and natural consequences of a store closing (which, I agree, could not have been prevented) will be a glut of inventory. But, is cutting off your supply chain at the throat citing Force Majeure a legal excuse?
As with any legal point, there can be many sides to this story and many opinions on my question above. 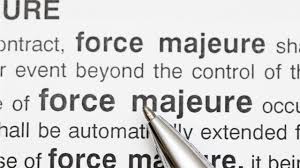 Now let’s get to the Reality of the situation. Force Majeure clauses may or may not be a reason buyers COULD have cancelled or refused orders. Let’s talk for a minute about whether they SHOULD have.
Coronavirus sucks for retailers (to whatever degree they depend on Brick & Mortar for sales- it does NOT affect online sales). Having to close stores for an indefinite period is a serious, and we can see in some cases tragic or fatal, blow.
But let’s take a minute and explore the Ecommerce angle. While people who are losing their jobs are more reluctant to spend, people still are shopping online- Amazon proves that- as are the stocks of businesses that can supply goods online- such as Pizza Hut and Instacart. So what prevented retailers like Macy’s from offering huge discounts on goods online and letting people know that? Maybe I missed something, but I have a Macy’s card and have not received any offers, either in mail or online. Just saying…
Given that this Pandemic sucks for retailers, it sucks more for those factories who have had to eat orders they already paid for, or whose production flow gets cut off at the knees. What is worse, those workers who depend on these jobs for their daily bread are affected almost as badly as if they caught the disease. Starvation and malnutrition is also a cause of sickness and death.
So what might have and could have been done? Here’s how I see it: An order that has been fully or partially made becomes the full responsibility of the buyer; even if they have to reduce or eliminate executive pay or other perks, cut expenses so it does not effect their employees (such as negotiating rent abatements), they should meet their obligations, and Force Majeure is not a legal excuse to avoid them.
What is more, their supply chain partners are just that, partners. That is not how you treat partners. When businesses opens again, what do you say to your partner? Sorry? Never mind? IF your pocketbook is your overriding concern with little or no regard for the welfare of the supply chain that kept you in business before and you hope will do so after the Pandemic has subsided, shouldn’t your suppliers think the same and all raise their prices? Shouldn’t they demand payment in advance? If you were them, wouldn’t you do that?
Surely the suppliers understand the pickle that retailers are in. I believe most of them would not insist that it is business as usual. But, besides abating the greed that motivates them to summarily cancel and refuse orders, buyers should pay for all they are obligated to pay for, and try to work out some agreements for the future, as to when they will start up orders, or what parts of orders can be started in the interim (if you are making white shirts, you will need them sooner or later, so I guess there are ways to work out the problem).
After working in the global sourcing business for many decades, I have made many great business and personal friends. In a pinch such as this, I would treat them as friends, not as an anonymous factory with anonymous people who go to anonymous families with money to buy them food (maybe).
So the real problem here is more than Force Majeure; it is the self-reference criterion, to an ethnocentric degree, of buyers. The factories and the people that depend on them for a living are inferior, and not deserving of the same consideration as your colleagues and friends at home.
One time a company President spoke to me and said, “every once in a while we can throw the factories a bone.” This chilled me to my bones and is something I will never forget.
CEOs, take some money out of your pockets and pay the factories; next, work out the future with them as EQUALS.
I know there are companies that are doing the right thing with the right attitude. They are the examples we should follow.
That’s my take on the situation.